When and how did you first come into contact with poker? What was it that triggered you? Was it an event, an object or a particular person?

When I first came home from living in London for a bit, my little brother had downloaded an online poker client and was playing for play money. This was in 2004 so things were just starting to ramp up with poker all over television and people starting to get into the game. I hopped into it, eventually depositing real money and playing recreationally for a few years while working in Los Angeles.

How did this contact with poker develop into you starting vlogging?

There’s a long time span in between those recreational years of online poker, to taking it more seriously, to moving to Vegas to play live, to starting the vlog.

I started playing more and more poker as my job had slowed down as a result of the economy slowing down in 2007/2008. I was able to grind up a decent bankroll playing online, when poker was much easier than it is now. I had always loved visiting Las Vegas and was absolutely intrigued by the city, and all of the opportunity that I thought the massive casinos represented. I always hated when it came time to leave Vegas, so I decided to move there so that I wouldn’t have to leave anymore.

The best professional projects, in my opinion, are the ones that benefit everybody equally.

Was there a specific reason to start a vlog? Did you think it was just great fun or did you see a great opportunity for making money straight away? Or did the idea of making a profit out of it come to you later?

There were several reasons for starting the vlog. I was looking to inject some creativity into my life after about 8 years of grinding the cards. And I also thought that I had a reasonable vision for the videos that a good portion of the poker playing audience might be able to get behind.

Anytime you’re able to build and sustain an audience, there will be opportunities as a result. But it was also just a sort of creative expression that was lacking for me; an itch that I wanted to scratch.

Of course, there was a decent chance that nobody would be into it. But at least the itch would’ve been scratched and we’d move onto something else.

The best professional projects, in my opinion, are the ones that benefit everybody equally. So if I can create something of value, whether that’s in the form of entertainment or information, and it’s also fun for me, and it also highlights some of the outside organizations and companies that I enjoy frequenting (casinos, bars, etc), then that’s a win for everyone.

Here in Europe you are also very popular. In what way do you get to know about this yourself?

I receive comments and DM’s from people from locations all over the world. And I can see in the YouTube analytics where the audience is watching from. The internet is a powerful distribution platform. 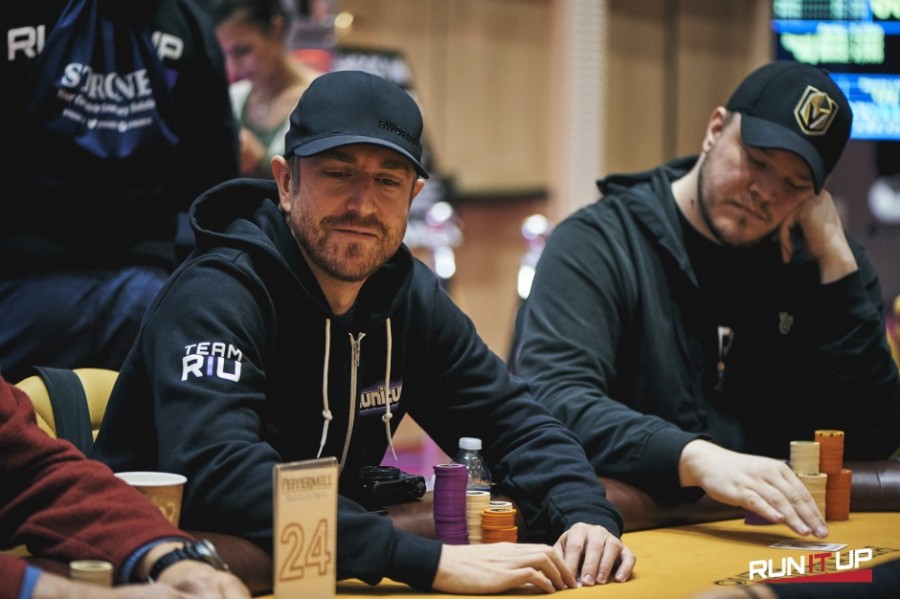 Your blogs are mostly about your cash games and hardly ever about tournaments. Do you rather play live cash games because the variance in tournaments is higher and it is a lot easier to earn your money with cash games?

Throughout my poker career, cash games were always regarded by the pros as where you earn your income. The tournaments were what you took occasional shots at looking for a big score. I’m not sure if that’s still the case with cash games, particularly in Vegas and online, having gotten much tougher, and tournaments still being super popular. So I might play more tournaments in 2019. But I said that about 2018. Old habits are hard to break.

I’m great compared to recreational players, but I’m average compared to other 5/10 grinders.

In what way are you, yourself, working to try and become an even better player?

I don’t think I’m that great of a player. It’s all relative. I’m great compared to recreational players, but I’m average compared to other 5/10 grinders. It’s tough to find a lot of time to improve your game while creating content that you want to be proud of (and spend time with your significant other, stay in shape, visit family, etc etc.).

I spend time almost every day in the Hand History Lounge reading and discussing hands, and that helps me stay sharp. I also want to spend a little more time with training sites and maybe solvers, but like I said, it’s hard to do everything.

Only recently you have started a cooperation with Run it Up of Jason Somerville. How is the cooperation working out and what sort of things can we expect from you in 2019? Can you lift a corner of the veil?

We’re off to a good start, but then again have barely gotten started. There are so many things we can work together on. He brings the best team in the industry when it comes to livestreaming poker (live or online), and I can do the vlog recap thing. So we can create big or small events and share it with the world in whatever format they prefer. I can get into online poker streaming, and he can assist by providing his industry expertise on what direction is best for things like Meet Up Games, 3rd party partnerships, and anything that I can use assistance on. 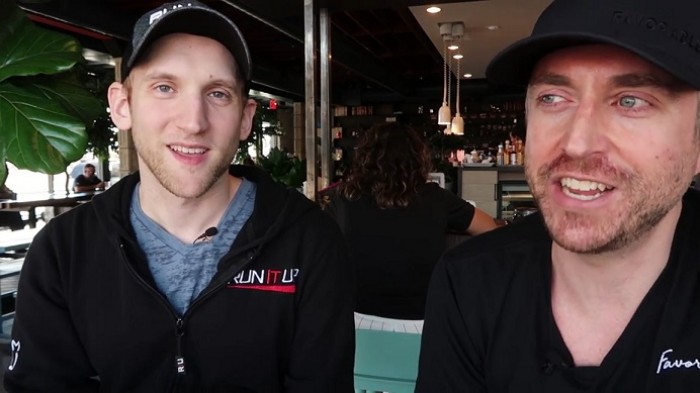 You too have contributed to our KWF for which we are very grateful. What was the reason that you agreed to help us, because I bet you’ll get a lot of this kind of requests?

I think poker players are often very generous. Whether that’s just each person’s individual nature, or they look at money differently, or because poker can feel very zero-sum sometimes... each person has their own feelings. For me maybe it’s some combination.

What is it like to live in Las Vegas?

It’s whatever you want it to be. You can live very cheaply and be a naturist, or you can be a baller and blast away on every vice there is. You can visit art galleries and libraries and the Smith Center for the Performing Arts, or you can degen it up playing video poker for “free” cocktails 24/7 all over town.

What do you think is the most beautiful hotel of Las Vegas? What is the nicest or best poker room of Las Vegas in your opinion?

It’s tough to beat the Wynn. But Aria is very close.

Often there are more people inside the Kings casino than there are in the village in which it resides.

Often there are more people inside the Kings casino than there are in the village in which it resides. That was odd, but fantastic in a very European countryside way. They have the best chairs I’ve seen in any poker room. If you can’t make it to Rozvadov to sit in them, they have the same ones in their sponsored section at the Rio during the WSOP. 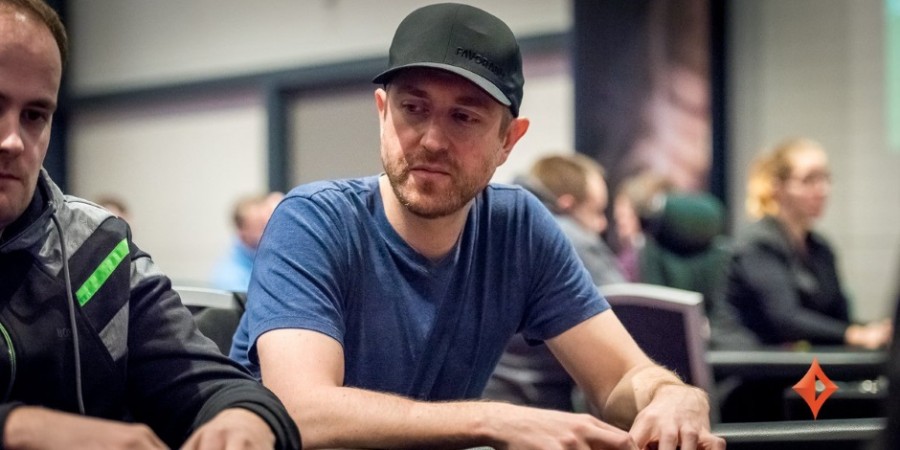 What other cities in Europe have you visited in your life and what cities are still on your bucket list?

I lived in London for 1.5 years as a student, then intern, then entry level employee, which gave me an amazing opportunity to get to most countries in Western Europe: All over the UK, Spain, France, Italy, Germany, The Netherlands, Denmark, Greece, Belgium, Switzerland, Austria...

I haven’t made it to Portugal yet and that’s at the top along with Prague.

Can Dutch poker players also join your meet-up games when they are in Las Vegas?

Yes please. Or maybe you know of a casino who can host us and we bring one to you?

Have you already got big live-events for 2019 booked in your poker agenda?

I’ll be at the PSPC in exchange for helping to run a contest for PokerStars. The contest was great and I’m thrilled that A) several people are still vlogging as a result of the contest kickstarting their channels, and B) the vlog has led to an opportunity to play in a massive $25k buyin event.

Aside from that, the calendar is pretty much wide open, for now. I think we should make it a point to bring Busi to Amsterdam since she’s never been. So let’s see what’s happening in your neighborhood.

I came up watching Antonio Esfandiari and Daniel Negreanu. They were easily the most entertaining when I was a noob.

Which poker player in the past inspired you to become a professional yourself?

I came up watching Antonio Esfandiari and Daniel Negreanu. They were easily the most entertaining when I was a noob. Both of them also really made it a point to include their families and friends in their success which was awesome to see.

Which player would you rather not have on your left at the table?

Anyone who’s used solvers and cbets $20 after raising to $30 preflop.

Do you have a specific goal for the rest of your poker career, such as, for instance, winning the WSOP Main Event?

I’d like to win a big tournament... it doesn’t have to be that big, but 6 figures would suffice. But I think it’s a more important goal for me to wake up and be excited to work today, rather than any particular monetary goal.

How long do you expect to continue with your vlogs?

It’s impossible to say, but I think we can expect to see some changes in the near future. I hope to keep the same vibe, while exploring some new territory— home games, entrepreneurship, sports betting—while still keeping some level of poker mixed in. I really enjoy playing poker when I travel, and I think the Vegas grind has been heavily covered now. But I’ll go wherever is fun to capture.

Is there anything you, yourself want to tell the readers to close this interview? Any tips or interesting facts?

Try new things and don’t be afraid to fail. It’s super cliche but I tried a few different things before vlogging and they were sort of stepping stones to this point. I tried a podcast with a couple friends; I posted on Instagram every day for a year; then I tried the formula that I thought might be interesting in video form. None of the previous projects ending held me back whatsoever... if anything they gave me courage to try something new again when you find out that something not working out isn’t that bad. 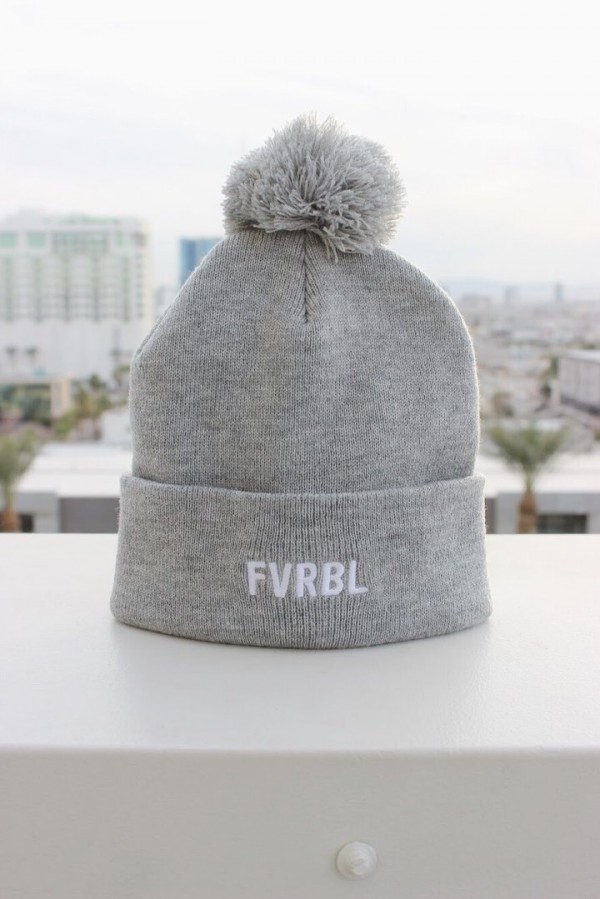 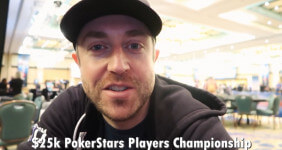 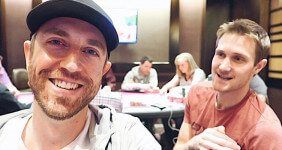 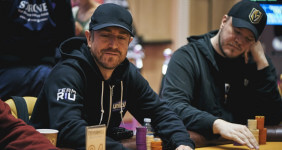