How did you get in touch with this crazy game we call “poker”?

I played my first hand of poker in middle school one night after my friend and I had watched it on TV.  By the time I was in high school, I was organizing $20 home game poker tournaments. One of my friends who played in these home games decided to drop out of high school and started trying to play for a living.  At the time I thought he was crazy. He worked at Staples and lost his paycheck playing online every week for the first 3-4 months. Finally though, about 7 months or so after he started, he began making money – good money!  I asked him to teach me and by the time I was a freshman in college I was playing full time. Within my first year of playing full time I was playing the highest stakes cashgames online: "Rail Heaven". 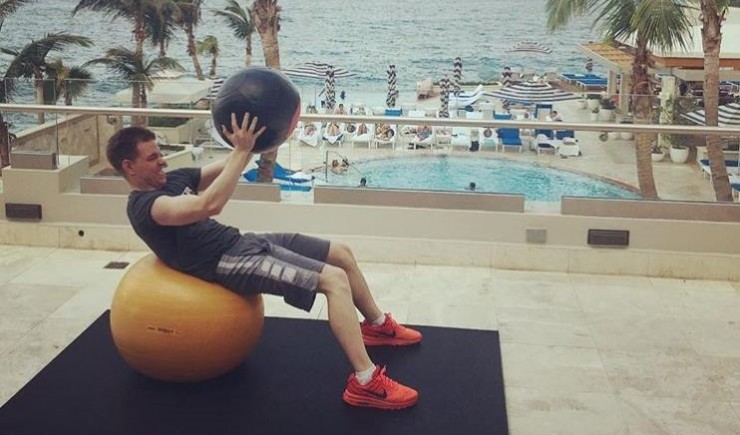 In the 3-5 months before college started, I had built up a bankroll of about 20K playing online. Within the first 6 weeks of college, I more than 10x'ed this bankroll. It was at this point that I considered myself a professional.

You are from the United States of America but you live in Puerto Rico? Did you decide to live there because of the weather or are there other reasons you left the States?

Puerto Rico is actually a territory of the United States. In addition to the weather, Puerto Rico has good food and friendly people. It is a great place to live if you enjoy outdoor activities such as tennis, golf, scuba diving etc. The United States has a few special tax treaties Puerto Rico called Acts 20 and 22. The treaties were aimed at bolstering Puerto Rico's struggling economy through encouraging capital and entreprenourship to relocate to the island. As a Puerto Rican resident with Act 22 status, my current rate of net capital gains tax is 0%. Puerto Rico is the only place in the world a United States passport holder can live and pay 0% capital gains tax.

How does a regular week in your life look like?

These days I spend most of my time trading.  I spend my nights researching the fundamentals of the stocks and other assets that I own and I spend my days analyzing the technicals of these assets and trading them.  Since I've moved to Puerto Rico, I've spent most of my time trading US equities, however, I recently acquired again a large position in bitcoin so I've been following that closely as well.  When I'm not working on trading, I have been spending a lot of time studying mixed games. 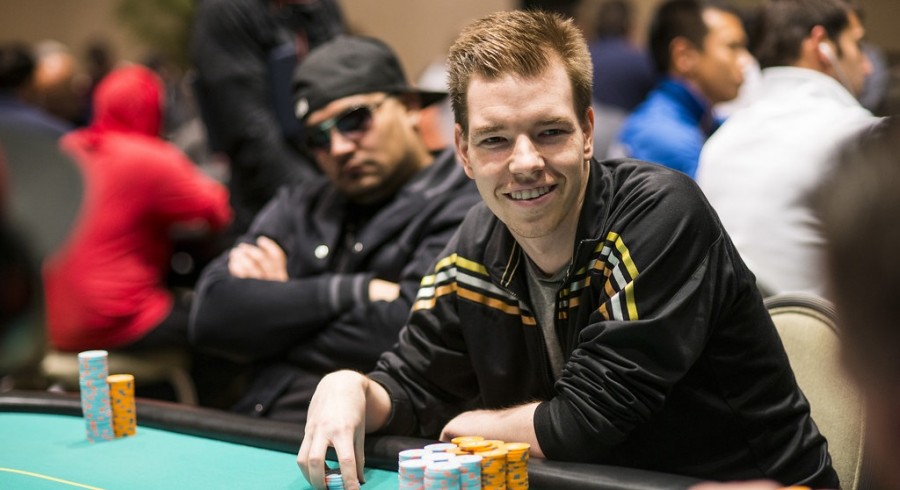 You are not just a pokerplayer but also an entrepreneur with a crypto portfolio. Where do you see the Bitcoin and maybe even more important, the Blockchain technology going in the next 5 years?

I believe the cryptocurrency market has a lot of promise.  Prior to learning about cryptocurrency, I always kept a certain percent of my assets in gold because I believe it's important to keep some of your savings in a non-inflationary "currency".  After learning about cryprocurrency, however, I immediately dumped my gold and began buying crypto because I believe it's possible that Bitcoin or another cryptocurrency can serve the same purpose of gold as a store of value but that, it is, in fact, superior to gold as a store of value in many ways.  Bitcoin beats out gold in fungability, durability, having a fixed supply, non-counterfeitability, ease of transfer, divisibility, and portability.  I am not as convinced in the value of coins that are aimed at putting non-monitary or non-transactional information on the blockchain, such as Ethereum, which aims to revolutionize contracts.

Having said that, it is entirely possible that the entire cryptocurrency market plummets and has an end value much lower than the current market capitalization.  Considering the tremendous upside here though, I do not want to be sitting on the sidelines.  I believe that in the next 5 years we will at some point see a flight away from many of the alt coins to a few major "winners" in the crypto space.  I believe there will be a decoupling between a small number of cryptos that win out over the others and the others will lose a lot of value.  The market does not need 1,000 cryptocurrencies that do the exact same things and the reason why so many different cryptocurrencies have value today is due to speculation.  At the moment, I believe bitcoin is the best positioned to win out over the other digitial currencies, though, I do also believe there is value in a privacy coins such as Monero.

Many people don't know you're also an opera singer. The Philadelphia Phillies asked you to sing the National Anthem during the openingsweekend of the MLB which is a great honor to do of course. Where did this passion come from and what is it like to perform in front of so many people? What are your goals with singing.

Yeah, I have now sung the national anthem at the Phillies Home Opener for the past 4 consecutive seasons.  Proir to that, the Phillies always invited me to sing either the national anthem or God Bless America when they made the playoffs. I began singing when I was in middle school. My middle school did a musical every year and because the school was so small, it was mandatory to participate. I decided that since I was going to be in the musical I might as well do it well and I decided to get voice lessons. It turns out the voice teacher I selected had a classical/opera background and he taught me that style. Prior to finding poker, I used to want to be a professional opera singer.  One day I would love to perform in a professional production of either Les Miserables or Jekyll and Hyde, which are my two favorite musicals. I am also planning on recording a music CD with a special selection of songs that my father used to enjoy as an homage to him. 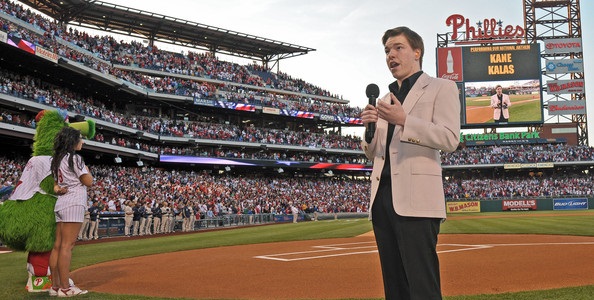 The 2019 World Series of Poker is almost knocking on the door. How does your pokerschedule look like during the WSOP?

I'm planning on grinding a decent bit this year.  I won't be able to play every event as I'm scheduled to broadcast a number of events and I skip 3 days every year to host the event I run during the series, The Vegas Olympics however, I plan to play most of the other events unless I happen to be in a great cashgame some of the days . I am still looking for that first bracelet – hopefully this is the year! 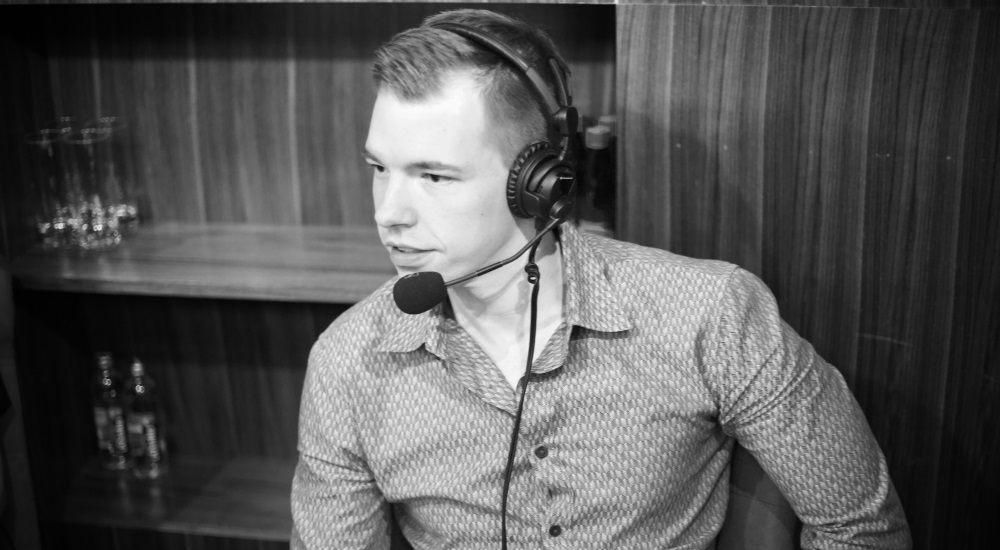 You were pretty big news last week because of your prop bet with Shaun Deeb and Phil Hellmuth. Can you tell our readers a little bit more about this bet?

Sure. Against Shaun Deeb I booked 5% of Phil Hellmuth and he booked 2.5% of me and 2.5% of Joe McKeehen in the 2019 WSOP main event.  This means I owe Shaun 5% of whatever Phil cashes for in the main event this year and he owes me 2.5% of whatever I cash for plus 2.5% of whatever Joe cashes for. Vs Doyle, I bet that Phil Hellmuth wouldn't place in the top 1% of the 2019 Main Event field. If he does, I owe Doyle 50K. In return, I got to pick 10 players. For each of them that place in the top 1% of the 2019 Main Event field, Doyle owes me 5K. Here are a list of the 10 players I selected: Jake Schindler, Joe McKeehen, Paul Volpe, Brian Yoon, Justin Bonomo, Adrian Mateos, Ivan Luca, Kane Kalas, Alex Foxen, David Peters

There are rumours you have some other crazy bets coming up. Can you tell us more about your tennis bets and what are you doing to win them?

Yeah, I made tennis bets a year ago against two other professional poker players – Josh Tieman and Clayton Jiang. Josh and I have already played our match here, however, we decided to play for only 20K here and for the other 20K play an additional match in Vegas after the WSOP.  This will be taking place in late July. Josh beat me in the 20K match we played here, unfortunately.  We played best of 3 sets and I won the first set in tiebreak, lost the second set 6-3, and lost the third set 6-4. The match lasted a total of a little over 3.5 hours and was extremely exhausting physically as both of us have a very defensive style. My left quad swelled up in the 3rd set, which greatly reduced my mobility. During the match I got bad tennis toe (black toenails as a result of the toes repeatedly hitting the front of the shoe when you move quickly on the court). Afterwards I had to get 5 of my 10 toenails mostly removed so that the blood underneath them could be removed by a professional. This was 4 days ago and I am still recovering.  The other match is going to be even more intense as I am scheduled to play Clayton every day for 5 consecutive days.  Each match is best of 3 sets and in each match I am risking 12K to win 15K.  Considering that Clayton easily beat Josh in their match it's looking like I may have a difficult time winning this match but I've been working out some strategies to increase various and try to throw Clayton off of his game.

Josh Tieman and i will play our second 20K match at the Orleans Arean at Orleans Hotel and Casino on July 25. The match will start around 13;00 and it will be live streamed. Our match takes place before the professionals play on the same court that evening. At 19:00 the Vegas Rollers play the Orange Country breakers there.

When is your summer successful?

I consider a summer in which I play well and am winning in terms of allin EV successful.  Bonus points if I win the Vegas Olympics.

Do you have any specific poker goals for the upcoming years?

At some point I would like to win a bracelet but I'm not in a big rush. I am planning on continuing to hone my game in the mixed games, specifically in the stud games where I have the least experience.

We met eachother through Martijn Gerrits and the two of you seem to be pretty “like-minded” How did you guys actually meet and how is to be friends with him?

Martijn was actually my affiliate for some poker rooms that I used to play on back in the day. It is true he and I have many of the same views on a number of subjects so we quickly became friends. He is a very funny guy and is quite a prankster, which is fun to be around. He is also a very hard worker when it comes to his business and has a large poker network. There was a period in which I lived with Martijn in Malta for a number of months several years ago. We always spend a lot of time hanging out during the WSOP and he participates in the Vegas Olympics every year! 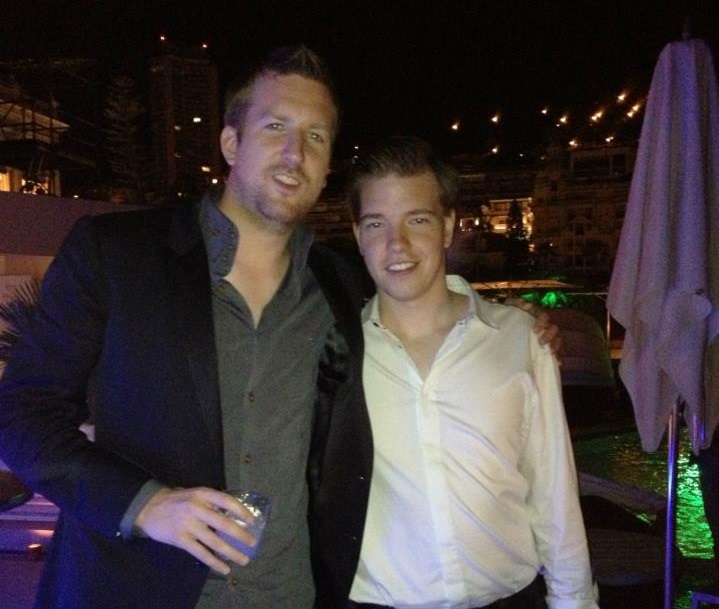 What do you do these days to become a better poker player?

To hone my skills at games such as NL Hold'em and PLO I used solvers such as Monker, Pio, and Poker Snowie. To improve in mix games I run equities from hands that I've played, study SCOOP replays online, and talk strategy with talented mix players. Live poker tournaments with many entrants (like at WSOP) is more exploit-based than most other forms of poker because there are many amateurs playing far from optimally.  The best way to become better in live tournaments is to try things that are outside of the box and learn from experience and repitition. 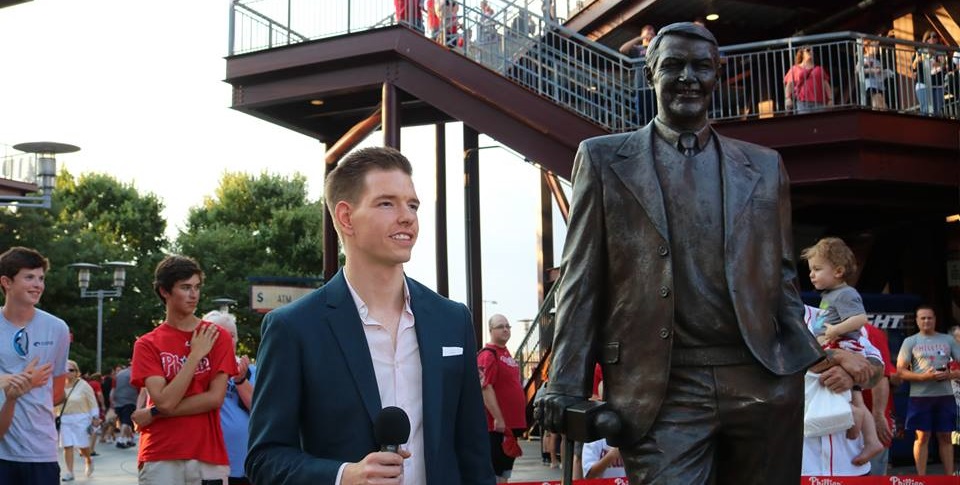 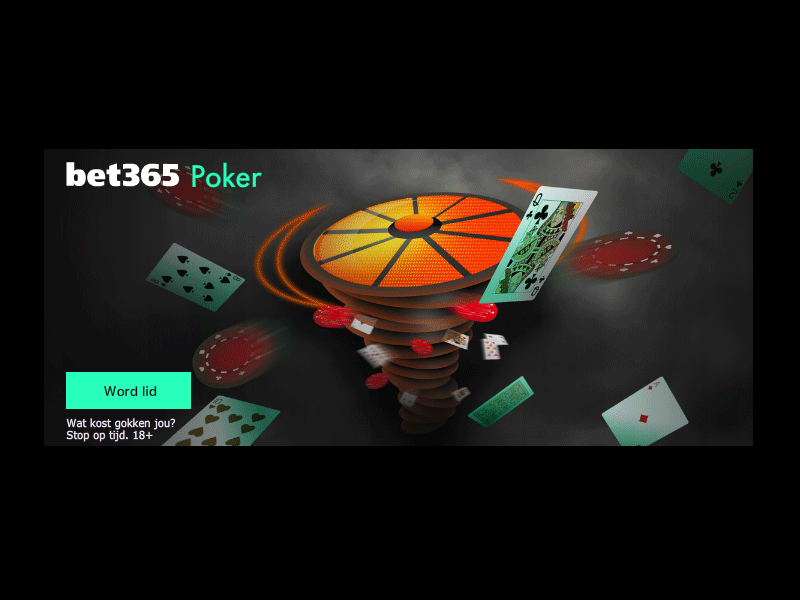