Interview with Mike Sexton about the WPT and Marcel Lüske

Certain people in the poker world need little to no introduction and one of them is definitely World Poker Tour commentator and Poker Hall of Famer Mike Sexton. As a poker fan, follower and writer -- with little experience -- I consider Mike Sexton to be an absolute hero in the industry. Where should I start? Mike is a great poker player with almost $6 million in live tournament earnings, including a WSOP bracelet in 1989. What makes him so special is his charismatic behavior, his nice suits, and his ambassadorship. It doesn’t matter if you catch him on or off the poker table, winning or losing, Mike is always a gentleman.

Other aspects that make this living legend such a respected person is the way he represents poker. Mike Sexton is a true ambassador of poker and that brought him all the way up to the Poker Hall of Fame. Besides his work as father, player and ambassador, Mike is also working as main host for the World Poker Tour. We are really happy that he found some free time to talk with us and hopefully you like the interview just as much as we do.

Can you tell us something about your introduction to the poker world?

I played a lot of poker and bridge in college at Ohio State University, and when I got out I joined the Army and was stationed with the 82nd Airborne Div at Fort Bragg in North Carolina. When I left the service, I started playing in a lot of home poker games. I loved playing poker and did so well in those games that I quit my job as a military sales rep and decided to play poker for a living – I figured if I ever went broke, I could always get another job. I didn't receive a paycheck for the next 23 years. I just played poker, in home games in North Carolina for eight years and then I moved to Las Vegas in 1985, where I still reside.

Can you tell us something about your first live event and how did it end?

I'm not sure of the first live event that I played in, which wasn't many in the early days, but I'll never forget my first tournament cash. It was in 1981 at Amarillo Slim's Super Bowl of Poker in Lake Tahoe. I finished third in the Razz tournament, and at that time cashing in Slim's tournaments wasn't easy -- Amarillo Slim only paid three places in his tournaments (1st = 60%, 2nd = 30%, and 3rd = 10%)! It really was very exciting cashing that first time.

If i'm not mistaken, you moved to Nevada in 1985 to pursue a professional poker career. How was the response of your family and friends?

I moved to Las Vegas because I had done so well in home games in North Carolina and in the 1984 WSOP. It was the first time I ever attended the WSOP – I played in three events and made two final tables. I knew it was time for me to move to Vegas as a professional poker player. My wife at the time was a North Carolina girl and did NOT want to move to Vegas away from all her friends. In fact, she didn't even want to go to Vegas with me to pick out our house. She said, "You go and pick it out for us. I'm sure it will be fine." So I did. She eventually came to Vegas with me, but we ended up getting a divorce in 1991.

How was it to play in the Big One for One Drop in 2012? Did you play hands different because the buy-in was that high?

Early on in that inaugural ONE DROP event, everyone - including me - played a little tighter than usual. After a few orbits, we all just settled in pretty much like it was another tournament. Once we got to ten players I was expecting a l-o-n-g battle to get to the money as only nine got paid and it was a $1.2 million bubble. Ironically, it ended on the hand when Sam Trickett raised under the gun to 800,000 with the blinds at 150,000/300,000. Everyone folded to Ilya Bulychev in the big blind, and he moved all-in for about 5 million. Sam had about 20 million in chips and quickly called. To my and everyone else's astonishment, he turned up a K-8 offsuit! But, Bulychev turned up a Q-10! Sam made two eights, won the pot, and the bubble was burst - with me cashing!

I'll always be a fan of Sam Trickett.

You have achieved a lot in poker, including a WSOP-bracelet in 1989 but what is the moment or result that you are most proud of?

Winning that first bracelet was the most exciting victory for me, even though I've cashed for seven figures twice in my career. That was because it was my first bracelet and it was in Seven Card Stud Eight-or-Better, the game I played every day for a living back then. So, to me, that was my world championship. As a player, though, my win in the 2006 WSOP Tournament of Champions - and the $1 million prize, $500,000 of which was donated to five different charities - was my most gratifying win. That's because of the charity contributions I was able to make and the caliber of competition that I beat. The final three players were me, Mike Matusow (the defending champion), and Daniel Negreanu. Daniel and I played over seven hours heads up before I came out on top.

My most proud moment, however, was being inducted into the Poker Hall of Fame in 2009, because that is a career achievement award.

How did you end up as main host for the World Poker Tour?

Steve Lipscomb, the Founder of the World Poker Tour, filmed the Tournament of Champions (the original TOC - which took place 1999-2001) and I did the final table commentary. When it was over, Steve said to me, "Mike, that was the best poker commentary I've ever heard."

I thanked him, and a year later he started the World Poker Tour and came to me, saying, "Mike, I've got good news and bad news for you. The good news is that I want you to be a commentator on the WPT. The bad news is that if you take the job, you can't play in any of the tournaments."

Well, I'd played the tournament circuit for 15 years and this was a new challenge that I thought I would really enjoy -- and I have. We are now in our 13th season on the World Poker Tour.

Do you ever have to choose between your work as commentator and poker player? And what would be the outcome?

I think I'll always consider myself a player first and commentator second - but I probably shouldn't nowadays. Vince and I weren't allowed to play any events on the WPT during the first seven seasons, but in Season 8 when the WPT wanted us to start going to events on Day 1 and stay until the end, they said we could play some if we wanted to. I've averaged playing about five or six events a year, and love it when I get a chance to compete. I like to test myself against the tough young guns, and I've done OK, cashing a number of times with two final tables to my credit.

Vince van Patten and yourself make a great team during the WPT broadcasts, how is it to work with Vince and how is your relationship with him, when the cameras are off?

Vince and I are poker guys who have been playing since we were 13 years old. We still love the game and love to watch final tables as much, or more, than anyone. He's great to work with. We're good friends and we both love betting on just about everything -- we even pick winners at every WPT final table and the over/under as to how long the final table will last!

You were selected for the Poker Hall of Fame in 2009, how does it feel to be in there? And how did it effect your work as poker ambassador?

Making the Hall of Fame in any sport is the highest achievement one can receive. Joining the best of all time in the Poker Hall of Fame, including greats like Johnny Moss, Puggy Pearson, Doyle Brunson, Chip Reese, and Stu Ungar, was a little mind-boggling to me. I'm grateful to have been selected to the PHOF, and I believe that being a long-time ambassador for poker contributed greatly to my induction. I consider it a career achievement award - the greatest honor any poker player can achieve.

If you were the one calling the shots, who would be selected next for a place in the Hall of Fame.

There are a lot of worthy nominees, but only two can make it each year. I’m certain that Daniel Negreanu will make it this year – this is his first year of eligibility as he is now 40 years old -- and deservedly so. Other strong candidates include John Hennigan, Huck Seed, David Oppenheim and Bruno Fitoussi. There's a sentimental push to get a couple life-long players inducted who passed away this year, including old-school player Bob Hooks, gentleman Chad Brown and Danny Robison. In addition to the elite players, I personally believe that writing gurus David Sklansky and Mike Caro are deserving of some type of Hall-of-Fame recognition.

In the Netherlands you are sometimes compared to Marcel Lüske, do you understand this comparison and what is your personal experience with Marcel?

I have always had the utmost respect for Marcel Luske - not just as a player, but because of the way he conducts himself on and off of the felt. He's a great ambassador for poker and has always been a good friend. I see European players being added to the Poker Hall of Fame in the not-too-distant future, and deservedly so. Certainly Marcel should receive strong consideration.

What are your goals for the coming years?

My goals are to be a good father for my son, who just turned six, and to continue to push the growth of the WPT and partypoker. I also want to play in some WPT events, some WSOP events, and cash games -- and obviously, like everyone else, I'd like to do well in them!

Just three short questions to end with - In your eyes, who is the best:

To me, Stu Ungar was the greatest no-limit hold’em player of all time. It’s difficult to pick one today as there are so many great players.

All round poker player?

Chip Reese was the best I’ve ever seen.

Unfortunately all good things come to an end! I personally want to thank Mike Sexton and Richard Ryan for their great assistance during the process. Before we end, we have some other great World Poker News for you.

The World Poker Tour is coming to the Netherlands in October, for their first event in our beautiful country Interested to play? use this link to get more information about the WPT National Valkenburg

The picture used is property of the World Poker Tour 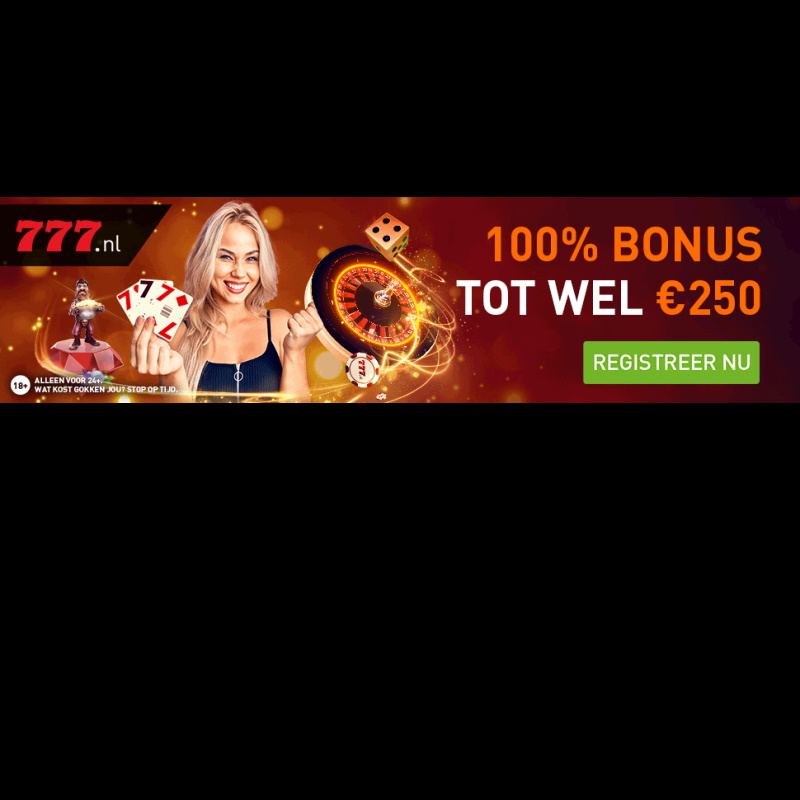